Learn to identify their tactics. 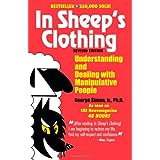 Dr. George Simon, author of In Sheep’s Clothing—Understanding and Dealing with Manipulative People, presents this list of 14 tactics that manipulators use to get you to do what they want. He points out the importance of recognizing that these tactics are offensive moves employed by the covert-aggressive to either maintain a position of power, gain power, or remove an obstacle from getting what he wants. You’ll be better equipped to deal with manipulators if you are familiar with this list of tactics, and can identify them when you encounter them:

The excellent description holds true for cyberabusers. It might not be too off to say that abusers operate in the same manner, regardless of the platform or venue that they use.

Bullies cannot operate alone. To gain supporters, they exploit the ignorance of unsuspecting bystanders. They seek control of communication to prevent others from learning the truth about their malevolence and to restrict information to what serves their interests. They don’t want people to interact with each other, and typically, they will try to intimidate the victim from speaking with anyone. Threats, blackmail, and stonewalling are stankard methods of control.

Wherever bullying occurs, the people who are aware of it and don’t object or intervene may believe that they are being neutral. In reality, they are actually helping the bully. Fear that they, too, will be subjected to mistreatment is one reason why bystanders look the other way when someone else is being targeted. A “culture of fear” develops easily, affecting everyone in an organization. People become intimidated from raising concerns, voicing opinions, sharing ideas, and afraid to be seen as “stepping out of line” while the more brazen personalities have their way without being questioned. Do we want this kind of…

ANNAPOLIS, Maryland — Within hours after a Maryland shooter killed five staffers at an Annapolis newspaper Thursday, a picture began to emerge of the suspect: an unhinged loner consumed by a years-long vendetta, with a long history of Jmenacing behavior. Jarrod Ramos, now 38, began cyberstalking a former high school classmate who barely knew him in 2009, her lawyer said. According to a complaint the classmate filed in 2011, Ramos relentlessly sent her aggressive private messages, harassed her therapist for […]

David Waldman, 50, is an attorney who launched a relentless campaign against his banker ex-girlfriend after she ended their four-month relationship.  He bombarded her with vile text messages, emails, and launched hateful websites. Waldman also went as far as to send a letter to his ex-girlfriend’s boss claiming that she’s a drug addict.  After posting things about her that directly claimed her to have mental illness, and after threatening to appear at her apartment, Waldman told his ex-girlfriend’s employer that he was going to sue her for defamation, illegal trespass, and violating HIPAA.

Some of Waldman’s other communications included;

“I only hope you die of cervical cancer before I can f— up your s—,” Waldman wrote on a website he created in 2014 called eurotrashroyalty.blogspot.com. “No k–e civil attorneys, no car load of your pals, or anything else you have in your arsenal will cause me to even blink.”

“When I am wronged, I stop giving a s— about the consequences…I only feel what I need…revenge. to see suffering.” “I don’t like wanting you dead, but I do and it is deserved.”

The harassing messages arrived in batches with Waldman threatening to show up at her house, begging for sex, and contemplating suicide by taking 100 Xanax pills.

In blog posts, he claimed that she was diagnosed with bipolar disorder. He wrote that she was a victim of child abuse.  Some of his emails to her included threats to contact her parents.  Waldman wrote;

“I will tell (your father) that I am forced to get an std test because his daughter apparently cant keep her pants on.” “Ill forward him your lingerie too. Im nuts enough to do it.”

Waldman followed-up on that threat. END_OF_DOCUMENT_TOKEN_TO_BE_REPLACED

Two guys are playing an online computer game.  They get angry with each other.  One guy threatens to have the other swatted, that is, he will make a false report to the police so they will show up ready to kill.  The other guy dares him to and gives him a fake address.

It ends with an innocent 28-year old father being killed.  His children no longer have a father.

Tyler Barris was the swatter.  On December 28, 2017, he made a false police report that he was in the house of the address of Andrew Finch in Wichita, Kansas.  Only, Barris didn’t know Finch and thought he was giving the address for Shane Gaskill, the intended S.W.A.T. target.   Barris  told dispatch that he had shot his father in the head and was holding his mom and little brother hostage.  He also claimed to have poured gasoline around the house and was threatening to set it on fire.

The police showed up at Andrew’s house and hearing noise outside, he went out on the porch to check it out.  Police yelled, “Show your hands.”  Andrew was shot dead by one officer.  Watching the video, and seeing where the cops were positioned, it’s my impression that Andrew did not know those instructions were directed at him.  He turned to go back inside the house and was shot by an officer who said that he thought Andrew was going into his waistband for a gun.  Andrew was unarmed.

Barris was still on the phone with police dispatch when Andrew was shot.

Barris was extradited to Kansas and charged with involuntary manslaughter, giving false alarm, and interference with law-enforcement officers. While in jail in Kansas, Barris found a glitch in the prison’s computer system that inmates are allowed to use, and he posted threats of continued swatting from the jail.

Tyler Barris was the activator. Casey Viner was the initiator, and Shane Gaskill was the target who gave a false address to Viner.  Now they have been indicted on federal charges.  END_OF_DOCUMENT_TOKEN_TO_BE_REPLACED

Some changes have been made to this blog.

On July 4, 2015, this blog was specifically opened to address cyber abuse by a person who opened a blog titled flightattendentfailures.wordpress.com.  That person, along with a few others, began cyberabuse and extortion threats in September 2012.  After almost 3 years and with its progression, it was time to document it from the start including the methods used and threats made.  Seeing that attendant was misspelled, (“attendent”) I used the correct spelling for the name of this blog.

While those originally reported on this blog as harassers and extortionists stopped harassing me, another individual started on November 23, 2015.  He is a former writer for my other blog and on the evening of November 22, 2015, I terminated his writer privileges.  Using a third-party, they stated that they were going to accomplish what the original cyberabusers failed to accomplish.  END_OF_DOCUMENT_TOKEN_TO_BE_REPLACED

“The response by and large is: Ignore it and turn off  your computer,” said Danielle Citron, a University of Maryland law professor and author of “Hate Crimes in Cyberspace.”

Law enforcement must realize that there is a difference between internet trolls and cyberstalkers.  When trolls are ignored, they generally go elsewhere and find someone else to hassle.  They generally don’t have personal hatred and retribution against those they troll. Trolls generally have no personal knowledge of those they troll.

Cyberstalkers are different.  What they do is intended to cause harm in the personal lives of their target victims and some extend that harm to the family of target victims.  They have usually been friends or another type of acquaintance.  When they are ignored, they find another way to get their target’s attention.   If their overall intent is to destroy their victim’s life, they continue and progress in their course of conduct.

As this case demonstrates, when they think that they will not be arrested, they eventually do something so outrageous that it goes beyond cyberstalking.

The convicted perpetrator in this case used actions to conduct his cyberstalking that cannot be explained in summary.  In other words, this post is going to be longer than usual.  There are two main sources I use for this post.  The Department of Justice’s press release gives details of illegal actions leading to arrest.  The other source is the Seattle Times that published an interview with the victim, Francesca Rossi.

Juan Thompson, 31, of St. Louis, was employed as a journalist by The Intercept from November 2014 until January 2016.  Thompson was fired for fabricating sources and quotes in stories.

In late 2014, Francesca met Juan on an online dating site.  She worked as a social worker.  They bonded over their commitment for reform.  In the Spring of 2015, Juan moved into Francesca’s Brooklyn apartment.

Francesca started getting harassing texts from ex-boyfriends. The wife of an ex-boyfriend said she sued Francesca, accusing her of giving the ex-boyfriend a sexually transmitted disease.  The lawsuit turned out to be a hoax.  Then Francesca found a nude picture of herself online.

Francesca contacted Carrie Goldberg, a lawyer that specializes in online harassment.  Attorney Goldberg quickly figured out that only one person was behind the harassment.  Juan had been posing as Francesca’s ex-boyfriends for months.  Francesca believed that he was trying to make her feel bad so he could intimidate and control her.  (Known fact; Stalkers often create conditions to cause their target victims to feel they need them to resolve or for comfort.) END_OF_DOCUMENT_TOKEN_TO_BE_REPLACED

“Please be careful,” read one of the Katy Jones emails to Rosica. “She is very devious and wants to ruin you. She thinks you’re with someone else.”

As the agents suspected, Rosica was using the name Katy Jones when sending the emails to his former girlfriend and himself.

“Between February 2016 and March 2017, defendant William Rosica subjected the victim to a nonstop sadistic campaign of terror and psychological torture intended to kill, injure, harass, and intimidate her”.

Federal prosecutors alleged that Rosica enlisted other police to surveil his former girlfriend; had other individuals use disposable “burner” phones to pass information onto him about her whereabouts; had someone rummage through the woman’s trash; and surreptitiously secured information about her television viewing that he then used “to show that he knew her every move”. END_OF_DOCUMENT_TOKEN_TO_BE_REPLACED

On January 3, 2018, I predicted that if Kansas has felony murder law, that Tyler Barriss would be charged for the death of Andrew Finch.

I’ve been following and posting about this case. It is another demonstration for how cyber abuse crosses the line of the internet into the personal and private lives of victims, causing harm emotionally, physically and in this case, resulting in death.

Tyler Barriss made a call reporting that he killed his father, was holding his mom and little brother hostage, had poured gasoline throughout the house and was planning to set it on fire.  He gave 911 dispatch an address.  It was not his address.  Barriss was making a swatting call.  Andrew Finch, the man at the address, heard noise outside the house and opened his front door.  He was shot dead by a Wichita police officer.

Barriss, who is 25-years old, was still on the phone with dispatch after Andrew was shot.  Andrew was unarmed and uninvolved in the events leading to Barriss’ false police report.  Andrew was 28-years old and the father of two children. END_OF_DOCUMENT_TOKEN_TO_BE_REPLACED

If you don’t know the background of this case, please read the previous posts here, and here.

Kansas officials are seeking the extradition of Tyler R. Barriss in connection with a felony charge stemming from his alleged faked emergency call to 911 that ultimately resulted in the police-involved shooting death of Andrew Finch, a Kansas man.

Barriss was involved in gaming and threatened to have another gamer swatted.  The targeted gamer gave Barris a false address in Wichita.  Barris called 911 in Wichita and told dispatch that he was in the house at that address, had killed his father, was holding hostages, and had poured gasoline throughout the house.

Andrew Finch who was inside the house had no idea why police surrounded the house. END_OF_DOCUMENT_TOKEN_TO_BE_REPLACED