Then came the case of Brandon Wilson of Las Vegas, Nevada.  Apparently not aware of a court ruling that Illinois has long arm jurisdiction that applies to electronic harassment, Wilson progressed his cyber harassment course of conduct to include swatting.  He was extradited to Illinois to face charges.

To my surprise, average personnel working for law enforcement, from dispatchers to those taking criminal complaints, have not heard of swatting.  Not knowing about it means they have no training on asking appropriate questions that should raise flags when receiving anonymous calls alleging to know what has happened in the residence of another.

Swatting is a prank where someone makes a call to a police department with a false story of an ongoing crime involving killing or hostages and guns.  Police arrive and at times, SWAT is dispatched.

A person is now dead because of swatting.

Kansas.com reports that about 400 swatting cases happen each year.  They also report on the latest swatting prank that ended with deadly consequences. 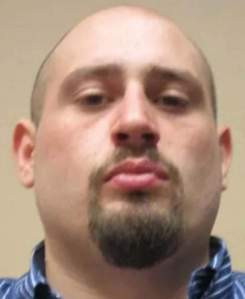 Deputy Wichita Police Chief Troy Livingston said the department received a call that someone had an argument with their mother, that the father had been shot in the head and the shooter was holding his mother, brother and sister hostage.  Officers were dispatched preparing for a hostage situation and they “got into position,” he said.  Andrew Finch, 28-years old, came to the front door after hearing something outside, and an officer discharged his weapon.  Andrew died at a local hospital.

The officer who fired is on administrative leave pending investigation.

The dots were connected on Twitter by gamers who spoke about a feud between two Call of Duty gamers sparking the swatting prank.   One threatened to target the other with a swatting prank, and the person targeted gave the other gamer a false address.  The police were sent to Andrew Finch’s address instead of the targeted gamer’s address.

Andrew’s mother, Lisa Finch, told The Wichita Eagle that Andrew was unarmed when he opened the door to the family’s home Thursday night after hearing something. She said the family was forced outside barefoot in freezing cold and that her granddaughter was forced to step over her dying uncle.

Allegedly, the person who made the false police report defended himself on Twitter posting;

“I DIDNT GET ANYONE KILLED BECAUSE I DIDNT DISCHARGE A WEAPON AND BEING A SWAT MEMBER ISNT MY PROFESSION.”

Here’s another word about police training and incidents that begin on the internet or through electronic harassment otherwise.  Personnel asks if credible death threats have been made.  When someone has threatened to swat or when victims anticipate swatting,  law enforcement does not perceive it as a credible threat justifying arrest.  With some encouragement however, they might conduct an investigation if the perpetrator is identified.

“Normally this is a prank, but due to the high stress situation, sometimes it is closer to a death threat from a user trying to get cops to kill them,” one man told The Eagle in an email.

Dexerto also reports that it’s not the first time the perpetrator called in a false police report.  They allege that the same individual called in bomb hoaxes during a gamers’ convention and competition in Dallas.  That false report resulted in evacuation with police and K-9 units searching the facilities.

UMG Gaming operates online gaming tournaments, including one for the Call of Duty game.  Shannon Gerritzen, UMG Vice President, is cooperating with authorities to assist them in the investigation.

The Charlotteobserver is updating the story.

Swatting is associated with doxing, which is the obtaining of the personal and/or private information of others and poting it publicly without their permission.  Swatters and other cyber abusers generally obtain addresses of targeted victims by doxing.  The subject case is different and appears that the target victim deliberately gave a false address to the perpetrator in effort to avoid his real address from being known.

Representatives Katherine Clark (D-MA), Susan Brooks (R-IN) and Patrick Meehan (R-PA) have introduced H.R. 3067.   It is titled the Online Safety Modernization Act of 2017.  If passed, it will make swatting and doxing federal crimes.  If you support this Bill, please contact your U.S. Representative to let him/her know.