My Personal Experience As A Victim of Cyber Abuse 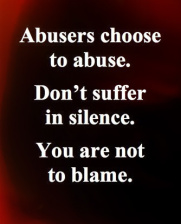 This page will be supplemented from time to time to add more material as required.

Regarding abuse, although most professional writings pertain to domestic violence, I have learned based on my experience that the same characteristics apply to online abusers.  Based on orders of the courts, Santiago Rodriguez and Soroya Fambro have backgrounds of committing domestic violence.

Page 5 of the court order shows that Santiago Rodriguez has a continual restraining order  against him due to a “history of domestic violence.”  The court decision in a case involving Soroya Fambro shows that she had two domestic violence offenses when she was charged with a third offense.

Santiago also served time in prison for  selling cocaine to undercover officers.  Their arrest reports describe a man who is calculating; who tries putting others in position to be blackmailed, and who uses others to do his dirty work while he stays in the background controlling things.

That’s exactly what he tried doing with me after he asked to write for my blog, We Hold These Truths To Be Self-Evident.  He wanted me to write blog posts to harass and defame others, and to open alias accounts on Twitter and join Facebook to do the same in what he described as “defending” him.  My refusal led to contentious, repeated arguments. He even told me once that I would never survive in jail because I don’t believe in “pushing back”.

On the evening of November 22, 2015, I terminated Santiago’s writer privileges.  Thereafter, from November 23, 2015 up to and including February 2016,  Santiago sent comments to this blog and emails threatening to misrepresent information that he requested from me.  The blackmail threats were on, and when I did not bend to his demands, on October 28, 2016, he did exactly as he threatened.

Along with their court documented history of domestic violence and Santiago’s felony record, Soroya was convicted for battery of a police officer.

I have asked them to stop.  It started with Santiago Rodriguez on November 23, 2015, and with Soroya Fambro on December 18, 2015.  They have not stopped and have now progressed to attacking those who associate with me.

Abusers want to keep their victims silent.  One of the first things that abusers do is try to isolate their victims from family and friends.  I experienced this when Santiago was a writer for We Hold These Truths To Be Self-Evident.  He often alleged that active participants on my blog were on Twitter or Facebook under other handles who had opposing views.   He insisted that I block them on Twitter and ban them from my blog.  My disobedience to his demands resulted in him acting aggressively to enforce his will on me.

Santiago uses direct messages on Twitter and attacks people who tweet links to my blog posts.  Soroya tweets directly and through direct messages, and threatens to sue people who associate with me.  Together, they piggy-back off each other’s tweets.  For example, Soroya will tweet an outright misrepresentation, and Santiago then replies as if to give it validation.

Their course of conduct includes doxing of individuals who are not me, nor my son, but who Santiago and Soroya alleges are.   My son had absolutely nothing to do with what happened between Santiago and I.  It is my understanding that abusers, much like gang leaders and members of organized crime, will go after family members to hurt their targeted victim and/or to force compliance with their demands.

I stayed silent for months before writing the first post in Feb. 2016 to dispel the misrepresentations that a blog’s stat counter is used to determine personal information of visitors.    Santiago and Soroya continue to regurgitate that misrepresentation, and my addressing that I dispelled it by tweeting a link to my Feb. 2016 post is met by him saying that I’m tweeting links to “old blog posts”.  Well, the truth does not change.  Their misrepresentations are an insult to the intelligence of blog administrators and blog hosting companies.

There is more.  Santiago had privileges to the blog’s stat counter.  Maybe he thought he could use the information to determine the personal information of visitors and it was his disappointment that led to him badgering me about purchasing programs that say they trace IP addresses to the “source.”  As explained in by Feb. 2016 post, tracing IP addresses to the source produces the general location to the servers of the internet service provider  — not to the residential addresses of visitors.

Additionally, if I was using the stat counter for that purpose, why didn’t he disagree to it during the 10 months or so that he had stat counter access?

It’s really a contradiction for him to post a screenshot of the stat counter from Feb. 2015 and misrepresent the stat counter’s purpose to discourage people from visiting my blogs.  In other words, he is posting a screenshot THAT HE TOOK 9 months before I terminated his writer privileges, indicating that he was already scheming on collecting work-product to use for defamatory purposes.

There is still more.  I’ve been blogging since August 2012.  There is no one who visited or visits my blogs who can show anywhere on the internet that I doxed them.  However, there is proof that Santiago and Soroya do dox and make attempts to dox.  They make up identities for me and my son based on anything they can find from a court docket, or court decision anywhere in the country.  I dispelled the rumor about my purported real name a long time ago and posted about it in July 2015.

As time goes on, I understand more as to why Santiago demanded that I delete posts on this blog about his contempt case.  Of course, he claimed that every post on this blog is about his contempt case, which acquaints with my having to delete the entire blog.  In other words, he planned using false doxing information to disparage, defame, and intimidate me, and doesn’t want a record where I already addressed it.

Santiago doesn’t have a clue what my son’s name is, and along with attacking my son to get to me, his reason also seems to include that he envies the one thing I told him about my son; i.e. that he served 12 years in the U.S. Armed Forces.  Yes — I told Santiago that my son was serving our country while he was serving time in prison on felony convictions.

I’m hoping to be an encouragement to others who are abused online.  Additionally, by  documenting the abuse on this blog, it might be informative to members of law enforcement to understand cyber abuse and to help them put a stop to it.   Cyber abuse is not trolling, calling people names and attempting to distract from discussion.  Rather, cyber abuse is a course of conduct with intentional actions to damage the person and/or the personal lives of victims, (emotional and/or physical health) and the lives of victims’ families and friends.

Please read the following for supported material on Santiago’s and Soroya’s course of conduct;

Internet Harasser Airs Her Personal Business On The Radio

After Stealing My Word Press Identity, Santiago Rodriguez Threatens To Have My Blog Shutdown