After Stealing My Word Press Identity, Former Writer Threatens To Have Blog “Shutdown” 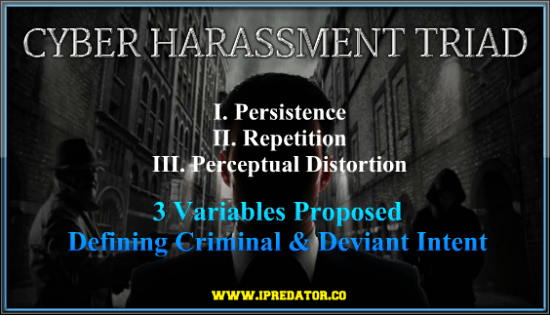 Santiago Came To Me Asking For Help

Subsequently, Santiago asked that I put his name on the border of my blog, We Hold These Truths To Be Self-Evident, as a writer.   This is how it happened …

Santiago asked where he could find Piercy’s comments on my blog.  I had not approved those comments for public posting and told him so.  He asked if I could send him the comments, so I took a screenshot of two of them and sent them to Santiago.  I did not stop to think why Santiago would want that information because at the same time, he asked me if I knew of other bloggers who had been or were being harassed.

Before the hearing on the permanent restraining order,  Santiago contacted me and asked that I put his name on the border of my blog as a writer.  He said that his lawyer told him that he could not use the screenshots in the hearing because they were not sent to him and he was not associated with my blog. Santiago represented the request for being listed as writer for my blog as coming from his lawyer, and I agreed to put his name on my blog as writer, but only if he was going to write.

(I have since learned that Santiago’s lawyer did not present any screenshots into evidence at that hearing.)

I opened We Hold These Truths To Be Self-Evident in August 2012.  I did not become acquainted with Santiago until May 2014.  Since he asked to be a writer for my blog, I thought he was somewhat familiar with writing and the blogging communities.  In the least, I thought he was familiar with my blog.  However, Santiago was absent from the blog.  He did not post comments.  He did not tweet links.  So, there was his name on the border of my blog as a writer, but he was totally absent and totally uninvolved.

In or about August 2014, I informed Santiago that I was removing his name from the border of my blog because he had not written anything.   He said that he was working on writing about his experience in the courts.  He said that the reason he had not written anything was because he had petitioned the court for a restraining order against Piercy, and wanted to wait until the case concluded.    Santiago’s first post was published in September 2014.  That is when he accepted the “Contributor” invitation that gave him access to the text box of the blog to write his own posts published under his own by-line, which he choose as “scrodriguez” .

What Santiago presented to me for publishing was approximately 10 pages long.  I separated it into 4 parts.   The parts were published between September 2014 and January 2015.  Santiago did not write any other posts for publishing during that time.

In January 2015, Santiago had another specific need.  He needed a local attorney, and I referred him to one who I’ve known since about calendar year 2000.

There were many daily contentions with Santiago.  I thought that as I resisted his attempts to control how I manage my blogs, that he would eventually give-up and ride into the sunset.  But, he didn’t.  Instead, he became more aggressive.

Santiago Changed His Word Press Account To My Name.  He Captured My Gravatar and Placed It On His Account. 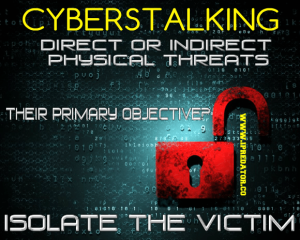 On the evening of November 22, 2015, I cancelled Santiago’s writer privileges.  On the morning of November 23, 2015, Santiago began a campaign of attacking and defaming me, and also attacking others on Twitter  who support my blogs.  While he was doing that on Twitter, he bombarded me with emails and comments to this blog, many that contained threats.   That was when I heard him say for the first time that he asked to be a writer for my blog so that David Piercy could not submit comments  without violating the restraining order.

I discerned that Santiago was trying to take the position that his wanting to write for my blog was doing me a favor.  His reason is inconsistent with the restraining order itself.  I’m not a named protected party, neither is my blog.

Santiago’s attorney asked me to not post anything about what happened between Santiago and me and not to respond to Santiago’s harassment, which Santiago denied doing.

It was an unofficial gag order.  I remained silent about all of this until February 19, 2016 when Soroya Fambro attacked the integrity of my blogs, my reputation, and a person who supports me.

It was after I published the post on February 19, 2016 that I accidentally discovered that Santiago had changed his Word Press account to my name with a profile of “the1udontphukwith.”

When Santiago changed his Word Press account from “scrodriguez” to “Xena”, it changed the by-line on all of his posts to make it appear as if I had written them.  No one would know otherwise unless they hovered over the handle and saw the profile and knew that I would never have such a vile profile.

Word press gave me instructions on how to undo Santiago’s vandalism which you can read at this link.

The only thing that was not instructive was the idea that when cancelling a writer’s privileges, that their names have to be replaced.  Towerflower was a writer for the blog.  Towerflower requested that her Contributor privileges be cancelled, and I complied with her request.  All of her posts still appear with her by-line.  As long as the writer retains their word press account as it was when they accepted the invitation that placed them in the system, their by-lines do not change.

To be clear, the only reason that Santiago’s by-line changed from “scrodriguez” to “Xena” is because he intentionally made that change to his Word Press account.

I changed my gravatar to distinguish the gravatar with my comments from his comments and “likes”.   My new gravatar appeared next to Santiago’s comments within minutes.  I changed it again, and the change appeared next to his comments. That happened at least 5 times, morning, noon, and night.  Word Press looked into it.  Santiago was lurking, conducting surveillance on the blog, so each time I changed my gravatar, he took it and used it on his own account.

On March 3, 2016, via email, I sent Santiago a “cease and desist.”  He used that email to send me a slew of emails with his demands of what he wanted me to do before he agreed to stop using my gravatar.   Among his negotiation offers was that he would stop using my gravatar if I changed his by-line to my name.

His logic is liken to admitting that he stole the keys to my car, stole my car, and flattened the tires.  I found the car and replaced the tires, but he will only return my car keys if I agree to flatten my own tires.  So, he still gets what he wants before returning stolen property.

Santiago doesn’t understand how publishing works.  I recommended that he speak with an intellectual property attorney.

I then received a call from Santiago’s lawyer.  He asked if I could change Santiago’s by-line to “contributor”.  My response was that if Santiago wanted his by-line changed to “contributor” he could have done that himself instead of changing his account to my name.  I had corrected the mess he made, and wasn’t about to repeat the process over again to give him the by-line “contributor”.

Santiago’s attorney told me that Santiago said he stole my Word Press handle and gravatar because I tweeted a link to a post he wrote.  It was one of Santiago’s first posts about his experience in court and the restraining order.

The link was tweeted to Soroya.  Yes – I sure did tweet the link to her in response to her tweet that my blog is “all lies.”  I tweeted her the link to a post that Santiago wrote and asked, “You mean like this one?”   That occurred in December 2015.

I entered into an agreement with Santiago’s attorney that I would make his first 4 posts about his court experience private until after the contempt case was over, and if Santiago left me and my online friends alone.  Santiago continued his course of conduct by emailing others and direct messaging on Twitter.  He did not stop.  He has not stopped.

That was back in March 2016.  To the best of my knowledge, a final order was entered in the contempt case in January 2017.    Also in January 2017, Santiago opened another account on Twitter.  It’s a public account, and he uses it to harass, defame, threaten me and try to involve others.   He posts derogatory and untrue things about my son, who had nothing to do with what happened between us.  He has also gone after another person, accusing her of being me.

I learned that when taking a post off private, it re-publishes. I was not going to re-publish the posts, so I took them off private to requiring a password.  The next step to making the posts public is to remove the password.

It’s been over a year since Santiago changed his handle and took my gravatar to impersonate me across Word Press.  More than a year later, on March 30, 2017, Santiago tweeted the following:

His tweet should read, “Taking a blog administrator’s identity without their knowledge or consent so posts you wrote changes the by-line to their name, gives them the right to correct that action.”

Santiago setup his own Word Press account and consented to accepting Contributor privileges as a writer for my blog.  By doing so, he consented to having his own by-line when writing for the blog.  It would have remained that way had he not changed his account to impersonate me.

One has to ask, why does Santiago not want to be identified as the writer of his own posts?