“The response by and large is: Ignore it and turn off  your computer,” said Danielle Citron, a University of Maryland law professor and author of “Hate Crimes in Cyberspace.”

Law enforcement must realize that there is a difference between internet trolls and cyberstalkers.  When trolls are ignored, they generally go elsewhere and find someone else to hassle.  They generally don’t have personal hatred and retribution against those they troll. Trolls generally have no personal knowledge of those they troll.

Cyberstalkers are different.  What they do is intended to cause harm in the personal lives of their target victims and some extend that harm to the family of target victims.  They have usually been friends or another type of acquaintance.  When they are ignored, they find another way to get their target’s attention.   If their overall intent is to destroy their victim’s life, they continue and progress in their course of conduct.

As this case demonstrates, when they think that they will not be arrested, they eventually do something so outrageous that it goes beyond cyberstalking. 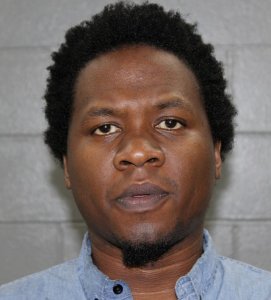 The convicted perpetrator in this case used actions to conduct his cyberstalking that cannot be explained in summary.  In other words, this post is going to be longer than usual.  There are two main sources I use for this post.  The Department of Justice’s press release gives details of illegal actions leading to arrest.  The other source is the Seattle Times that published an interview with the victim, Francesca Rossi.

Juan Thompson, 31, of St. Louis, was employed as a journalist by The Intercept from November 2014 until January 2016.  Thompson was fired for fabricating sources and quotes in stories.

In late 2014, Francesca met Juan on an online dating site.  She worked as a social worker.  They bonded over their commitment for reform.  In the Spring of 2015, Juan moved into Francesca’s Brooklyn apartment.

Francesca started getting harassing texts from ex-boyfriends. The wife of an ex-boyfriend said she sued Francesca, accusing her of giving the ex-boyfriend a sexually transmitted disease.  The lawsuit turned out to be a hoax.  Then Francesca found a nude picture of herself online.

Francesca contacted Carrie Goldberg, a lawyer that specializes in online harassment.  Attorney Goldberg quickly figured out that only one person was behind the harassment.  Juan had been posing as Francesca’s ex-boyfriends for months.  Francesca believed that he was trying to make her feel bad so he could intimidate and control her.  (Known fact; Stalkers often create conditions to cause their target victims to feel they need them to resolve or for comfort.)

Francesca told the Associated Press, “Juan was going through all of my stuff and I had no idea. He somehow gained access. I never gave him access to any of my passwords. But he had everything on me. He had been reading my texts and my emails for at least a year.”

The Department of Justice describes Juan Thompson’s actions as a “campaign of harassment.”  He sent emails to Francesca’s employer saying she had broken the law. He falsely reported that Francesca possessed child pornography.  As law enforcement closed in about the fraudulent emails, Juan claimed that his email account had been hacked. He even sent emails to himself in hope of making it look as if Francesca was framing him.  Juan used 25 different devices that allowed him to mask his identity.

Francesca says that she called law enforcement about two dozen times.  She reported that her ex-boyfriend was harassing her online, posting nude images of her, sending notes to her bosses that she had a sexually transmitted disease, accused her of running guns, and trafficking child pornography. 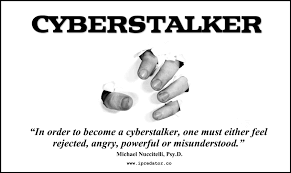 Juan Thompson telephoned, emailed and texted Francesca relentlessly.  She said that he terrorized her family, including her 92-year-old grandmother. The police wouldn’t make an arrest until Juan Thompson progressed to setting off a national panic.  Posing as Francesca, he made bomb threats against Jewish centers across the country.  That is when federal law enforcement finally took Francesca seriously.

Thompson went on Twitter and accused Francesca of making the threats to Jewish Centers.  According to the DOJ’s press release, on February 24, 2017, Juan Thompson posted on Twitter;

“[s]he [Victim-1], though I can’t prove it, even sent a bomb threat in my name to a Jewish center, which was odd given her anti-Semitic statements.  I got a visit from the FBI.  So now I’m battling the racist FBI and this vile, evil, racist white “

In total, Juan Thompson made 12 hoax threats targeting Jewish Community Centers, including one via email to the Anti-Defamation League.”  In that email, Juan said that Francesca was behind the bomb threats against Jews.

Francesca told the Associated Press, “It went on for months. I thought I was going to die and no one could help me. In the end, the only way that my abuse was legitimized is because he went after such a large community of people, and because there was so much hysteria over it.”

Francesca said she told anyone who would listen that Thompson was behind the false reports and harassment.  She stated, ““They said they couldn’t help me until it got worse.”

It did get worst.

It was recommended to Francesca that she ask the court for a permanent restraining order against Thompson.  However, she didn’t know his physical address. Her local police precinct closed the case in October 2016, and the FBI was slowly looking into the case.

This hit home for me.   In March 2016, the person who has been conducting cyber abuse on me since November 2015, agreed to a cease and desist.  In September 2016, he moved.  Knowing that I no longer have his address, he engaged in a daily campaign breaching the  the cease of the desist.  He even threatened and intimidated others who communicate with me on Twitter.

Thompson was arrested in March 2017.  In June, he pleaded guilty to making hoax threats and cyberstalking.  In December 2017, he was sentenced to 5 years in federal prison.

The Police Executive Research Forum, a nonprofit organization, issued a report recommending that law-enforcement agencies hire more people with technological expertise.   “The internet is like the Wild West of technology,” said Chuck Wexler, the group’s executive director. “It has no speed limits and no cops.”

While that recommendation is honorable, law enforcement agencies should take more time listening to victims, many of whom can explain how certain online harassment campaigns are conducted.   It might require sitting down with the victim in front of a computer and connecting the dots. The dots are there.

Law enforcement helping victims is not solely based on needing technological expertise.  It also depends on the agendas of District and State Attorneys.  Many do not want to prosecute what they perceive as “victimless crimes”.   If there’s no smoking gun and blood pool, they won’t proceed to prosecute.

In my personal experience, the cyberstalker hacked into a person’s email.  He has a restraining order against that person.  The victim’s local law enforcement agency investigated and found reasonable cause for prosecution.  They referred the case to the District Attorney.   On Twitter, the hacker/stalker offered to give the emails to others and claimed that the victim forwarded those emails to him. However, the hacker spoofed the victim’s email and among other emails that he sent to me, were two emails expressly written to defend himself and a third-party that he exploits to do his dirty work.  The victim would not have written those emails, and neither would they have been written in the hacker/stalker’s demonstrated writing pattern.

The District Attorney where the victim resides decided not to prosecute the case.

The Pew Research Center reports that 4 in 10 internet users are harassed online, with women disproportionately being targeted.  Only about 5 percent report it.

I hear or have heard from women who are being stalked online.  Some have tried reporting online harassment and stalking and learn that the moment they say “internet”, the gate keepers tell them to report it on the 1c3.gov website.  That website does not allow for attachments as evidence, nor screenshots.  In other words, it is not setup for those reporting to provide evidence that a crime is being committed.  They can tell, but cannot show.

Another reason that reports do not get filed is because when speaking with gate keepers, there are times when the content of electronic media is ignored and victims are asked,  “How do you know that this is the person you say it is?”  Based on the content, law enforcement should want to know who is writing it regardless of who the victim might think it is.

At sentencing in December, the 33-year-old Thompson apologized, saying , “There are wounds … that will probably never heal.”

A composed Francesca Rossi wore a T-shirt to court that read “Believe women”.  “I know there are other Juans out there, doing this to other women.  The police diminished my abuse because my life-threatening attacks came from phones and computers. This is what domestic violence looks like now.”